NASA announced yesterday that their Kepler mission has discovered the first Earth-sized planets orbiting a sun-like star outside of our solar system. Could this mean aliens? Unfortunately, no.

The two newly discovered planets, Kepler-20e and Kepler-20f, are 0.87 and 1.03 times the size of Earth respectively—the smallest exoplanets ever found. But they are too close to their star to be in the habitable zone, which is where liquid water could exist on a planet's surface, the key to life. 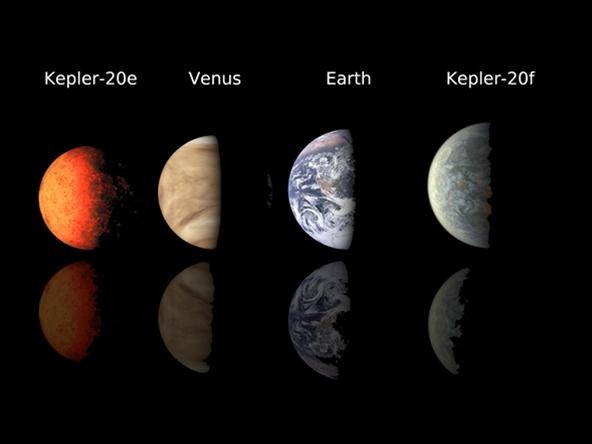 However, a couple weeks ago NASA announced another planetary discovery from the Kepler mission. The planet also orbits a sun-like star in the space region, and is in the habitable zone. It's name—Kepler-22b. The planet is about 2.4 times the radius of Earth, but its star is a bit smaller than our sun, so its habitable zone is slightly closer in. 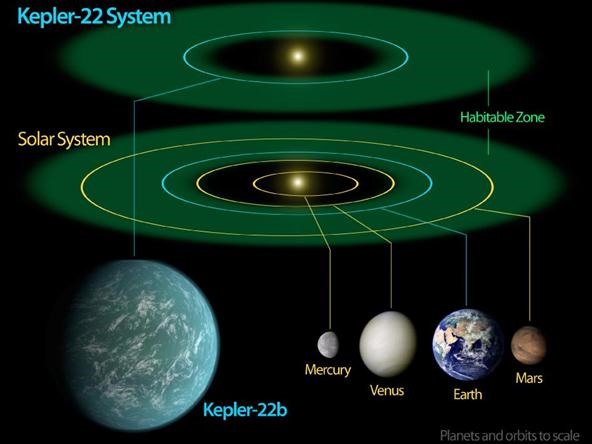 These planets are just a few of the thousands discovered by the Kepler space telescope. Click here to find out more about the Kepler mission at NASA. The goal of NASA's Kepler mission is to find planets like Earth in the habitable zones of their parent stars.