Since the first time we've been to Mars, the question was 'Did there used to be life here?'. That all changed for the better when NASA told us that the Opportunity rover found signs of water- the essential part to life. NASA officials on Wednesday said the rover discovered a mineral vein of gypsum running along the rim of a crater called Endeavor. The gypsum was deposited by flowing water billions of years ago. The vein is about 20 inches long. They found it while studying a rock called Tisdale 2. So, flowing water? Apparently. Does this mean life? There had to be some sort of bacteria or something in the water!

This is a picture from the rover. The brightly-colored vein is by the shadow of the arm of Opportunity. It is about the thickness of a thumb. 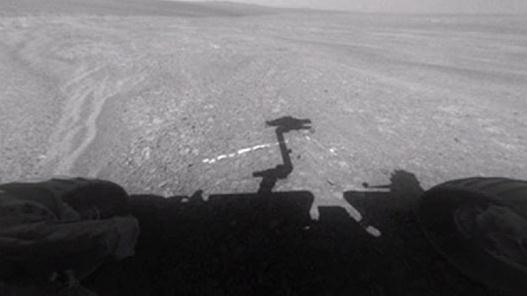