Tonight, I saw Mercury for the first time.  Mercury is a hard planet to see, even though it is quite bright, because it's orbit is so close to the sun.  The angle Mercury makes with the Earth and the Sun is never more than about 25 degrees and most of the time it is much less.  As a result, you can't ever see Mercury during the night but at a couple of times in it's orbit you can see it at either dawn or dusk.  Right now, Mercury is close to it's greatest eastern elongation and can be seen low in the western sky at dusk.  It should be visible for at least the next couple of weeks.  Just make sure that you have a relatively unobstructed view to the west and go out about a half hour to 45 minutes after the sun begins to set.  It should look like a very bright star.  At this point you won't be able to see anything else in the sky except for Venus and Jupiter which should be quite a bit higher in the sky.  Finding Mercury might be easier if you use the fact that Jupiter, Venus and Mercury should all lie on the same line. 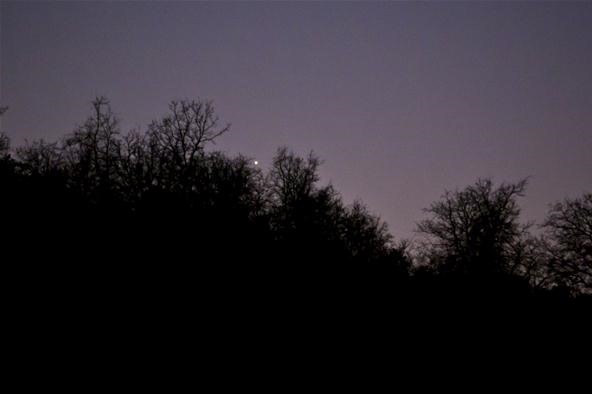 I also got a picture of a thin crescent moon a few minutes after I took the picture of Mercury.  The bright sliver is the only part illuminated by the sun but you can see the full disk of the moon because it is illuminated by reflected light from the Earth.  This light is called Earth glow.  This is not a long exposure photograph and the effect is very visible using your own eyes whenever the skies are relatively clear and the moon is a thin crescent. 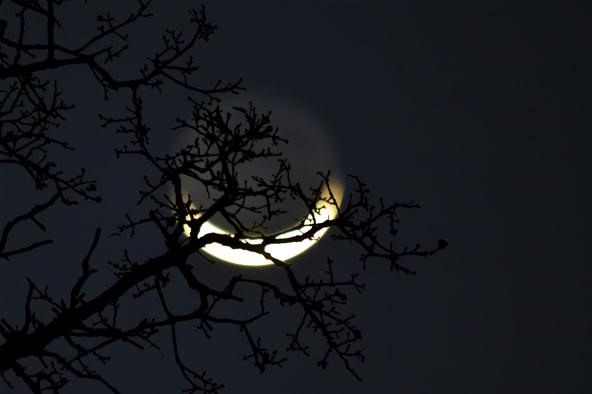