The peak of the Lyrid meteor shower of 2012 was the night of Saturday, April 21, and I went to Whiskeytown Lake near Redding, California and took about 1,000 pictures. I used 3 Panasonic GH2s with various lenses and edited all of the shots together to make the time-lapse video below. You really have to watch it in full screen at 720p or 1080p HD in order to appreciate it.

This is only my second attempt at a time-lapse video and my second attempt at filming meteors, but I was pretty happy with the results. I especially like the look from the full circular fisheye lens and with the lens mounted on an automated equatorial mount to counterbalance the rotation of the Earth and let the stars appear stationary. I ended up with about 20 meteor shots that I was proud of, many of which can be seen at the end of the video above. Here's a few of the best shots:

Meteor over the lake: 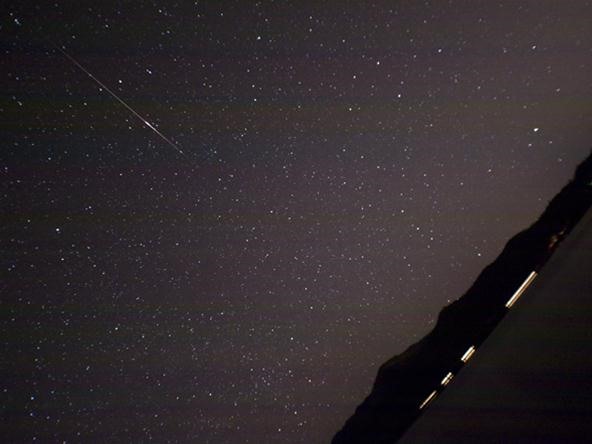 Fisheye lens with the Milky Way and a meteor: 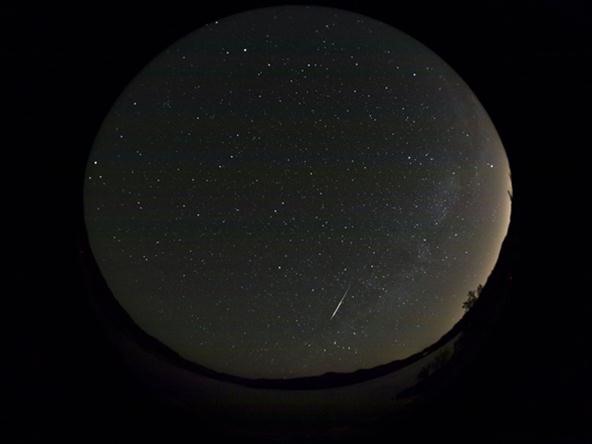 Composite of 3 shots using the equatorial mount that shows the meteors all coming from the same point or radiant: 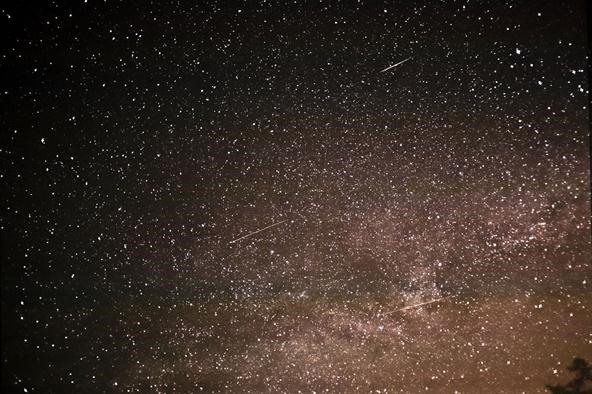 Meteor with Milky Way in the background and the start of sunrise: 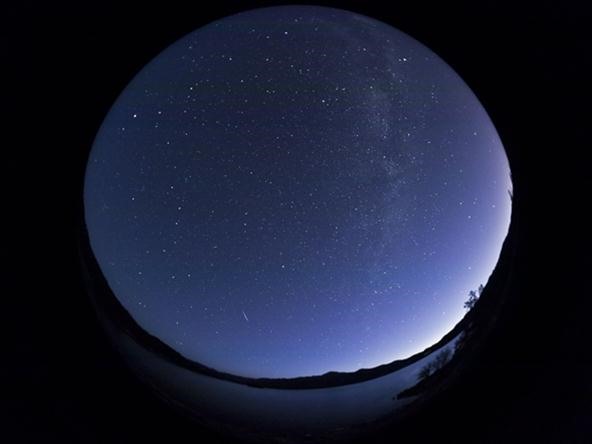 For full resolution versions, you can check out the astrophotography page on my website. You can even download these or other pictures to print out or use as wallpaper on your computer or iPhone.

Tomorrow, I hope to get some pictures of the "super moon" with my telescope and hopefully they'll turn out and I'll be able to share them here. I'd love to see other people's pictures if they manage to capture it.

This is great. Your astrophotography skills are improving rapidly! And now you have three cameras! The time-lapse is very good for a second try. My favorite is the fisheye view, watching the traffic drive by across the bottom arc. I might try to snag a shot of the super moon in action tonight, but unfortunately I've got to be at LAX right around perigee! And I've only got a 105mm lens! One day though... one day...

Thanks! I borrowed my brother and cousins cameras but I have quick access to them. I'm going to try and shoot the "super moon" tonight with my 950mm telescope and two 2x tele-extenders giving my a 3800 mm lens. It will be a bit soft at f/30 but I should be able to stitch together a 50 megapixel image of the moon. :)