I recently bought a new telescope and thought I would share a few images that I have taken with it. I am very new to astrophotography, but I hope to be able to post up some more images in the near future. 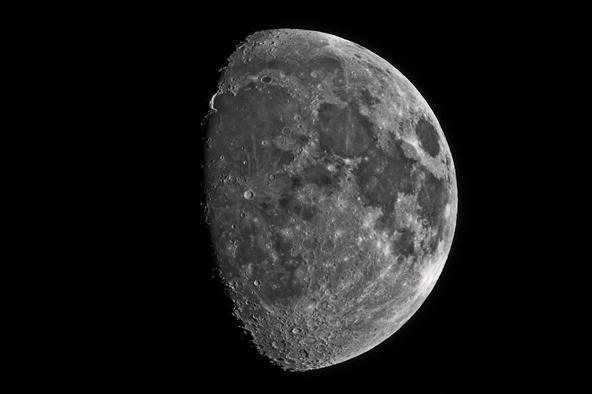 Crop of the Moon from the image above: 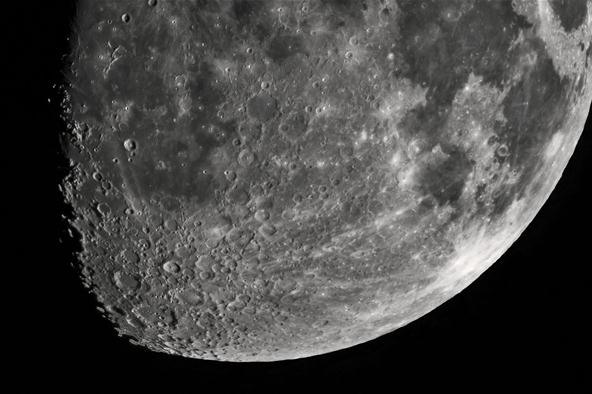 Moon during the day: 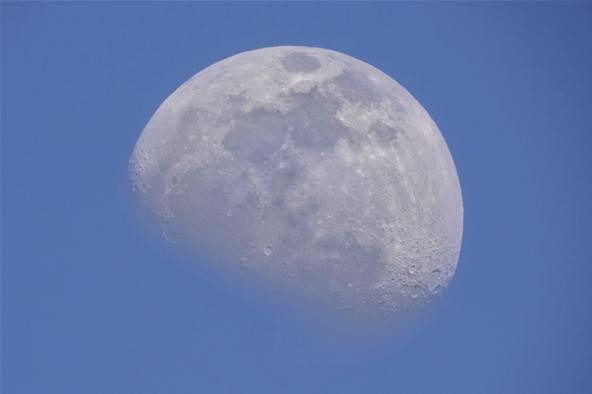 Saturn at opposition (when it is closest to the Earth and so appears the largest): 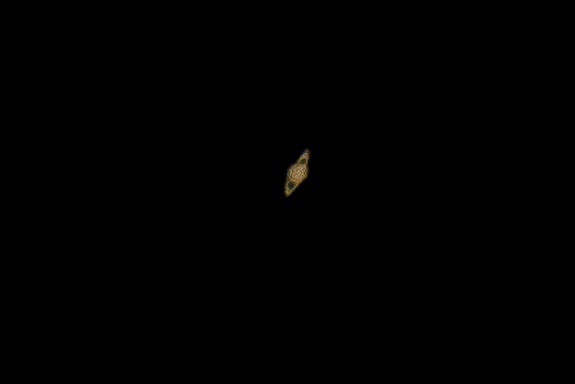 Venus (you can clearly see it is at crescent phase): 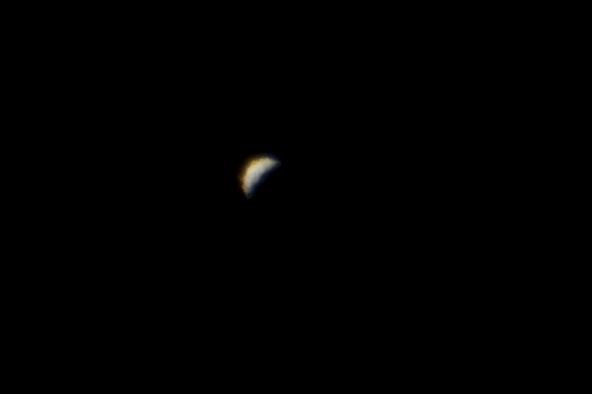 I took all of these pictures at prime focus through my Explore Scientific Carbon Fiber ED127 Air-Spaced Triplet Apochromatic Refractor with my Panasonic GH2. The focal length of the telescope is 950mm, which when combined with the crop factor on the GH2, means that the Moon takes up the entire frame.

While the pictures of the moon show fantastic detail and Saturn has beautiful rings, the picture that I think is the most amazing is the picture of crescent Venus. This picture is the proof that Galileo found that the Earth and Venus both orbit the Sun with Venus orbiting closer to the Sun than Earth. He was thrown into house arrest by the Catholic Church for making this claim.

I'm working on taking longer exposure photographs of some deep space targets like nebulae and galaxies, but the learning curve is a little steep because small movements are amplified by the long focal length of the telescope. I'm going to have clear skies Friday night, so I'm going to try again.

By Sunday or Monday, I hope to post up some video and pictures of the Lyrid meteor shower that peaks on Saturday night with a new moon. Of course, I won't be using a telescope to take those pictures.

This is amazing. I need to save up for a telescope now. Yours has a pretty hefty price tag. Why did you choose that one specifically? Are there cheaper telescopes that could produce decent pictures, at least as a stepping stone to something more pro like your telescope, because surely I am more amateur than you are at astrophotography! I should probably start off real small. At least, until I learn the basics, right?

One of the main reasons I went with an apochromatic refractor is that it can also take nice pictures of close objects like birds and wildlife and the bokeh will look nice because it is a standard lens design. All of the various reflector designs have various obstructions in order to get the image back to the eyepiece or camera. I went with the carbon fiber version because of weight savings. Even so it makes for a pretty hefty lens (about 14 pounds and almost 3 feet long when everything is stripped down to the basics). You could definitely get a cheaper telescope that would take just as great or maybe even better images of astronomical objects.

Ah, so you had more than astrophotography in mind. I see. That's definitely something to think about. The thought never crossed my mind, but now it won't go away! I'd love to see some of the wildlife pics you take with it. Definitely would help me figure out which way to go when actually getting around to shopping for a telescope. Dual purpose sounds good to me though.

I'll have to post up some of the wildlife pictures and videos at some point. As to starting out smaller...you're probably right...but I've always been the type to just jump into it if I think it's going to be something that I'm going to really get into. :)

Wow. Amazing shots! I'm really impressed with the detail of the craters you were able to capture. And that shot of Venus is incredible! Makes me wonder how much closer of a crop you could get if you hooked that scope up to a Cannon 5D Mark III. When you think about it, the price tag for your equipment is incredibly low considering the what you've been able to capture. Pros have had to spend so much more to get similar shots only a few years ago.

Thanks. The Cannon 5D Mark III would give cleaner pictures for sure but since it's a full frame sensor as opposed to my camera which has a sensor that's one quarter the area, that setup would actually give less resolution on the moon by a factor of about 2 (the 5D Mark III has a higher resolution sensor but each pixel on the sensor is actually bigger). The 5D Mark III would really shine for taking slightly wider field of view images though.

I didn't even know the Mark III was out. I've got the Mark II. Also full frame. Nuts.

So, if I have a full frame camera, then would that mean, if it's a factor of 2 compared to the GH2, that I would need a telescope with twice the focal length (1900mm) to get images comparable to yours?

That's sorta true. Basically you probably also should take into account the resolution of the camera's sensor. The Mark III is something like 22MP I think whereas my camera is only 16MP. So can digitally crop in to a picture on the Mark III by a factor of the square root of (22/16) and get a 16 MP crop. So since that's about 1.2 you would need a telescope with a focal length of about 950 x 2/1.2 which is about 1600mm. Also there are optics which double focal lengths (while also doubling f numbers and the amount of time it takes to get a properly exposed picture) that are easily available.

Thanks for the thorough explanation :)