Seeing an aurora in person is one of the most amazing spectacles you could witness in the skies above. But what about the skies below?

The current space crew on the International Space Station experienced auroral activity from Earth's orbit, and were even able to fly directly into the thermospheric auroras. "It's like being shrunk down and put inside of a neon sign," said Don Pettit, flight engineer for ISS Expedition 30. 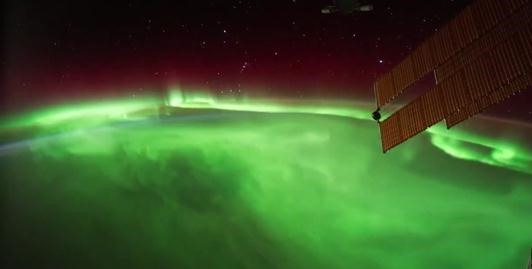 You've probably heard of Pettit before, from his physics-related show Science Off the Sphere, where he shows off some very cool science experiments in microgravity. But he is also a skilled astrophotographer.

He and some of the other crew members photographed and recorded the aurora borealis caused by the M-class and X-class solar flares back in January, capturing some of the best footage ever taken from Earth's orbit of auroras. That footage can be seen in all its glory below, in NASA's short documentary Auroras Underfoot.

The video above shows off the red, green, and purplish shades in our atmosphere, with the red ones reaching as far up as the ISS, at about 400 km about Earth. But as unsettling as it might seem to watch auroras from above, it's not merely as disorienting as meteors burning up on their descent to Earth. 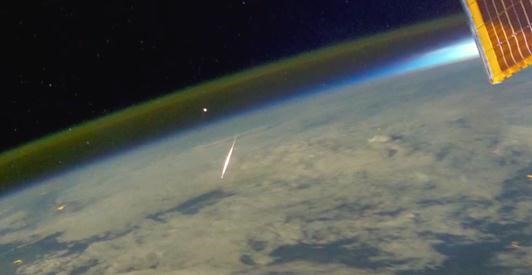 Pettit says, "This does look strange. You should be looking up for meteors, not down."

You can find out more about the auroral displays captured here, and you can learn about some of the challenges faced while taking orbital photographs from the ISS over at Pettit's blog.

Cool! I think i have a new background...